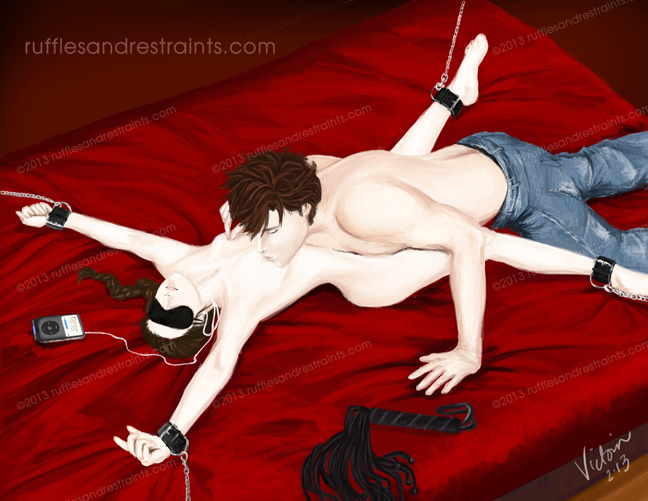 First of all, I hate to start out on an unpleasant note, but if you look closely at this new illustration you will notice a watermark. It is not something I enjoy doing, but felt it had to be done. I love sharing my illustrations with everyone, but have been extremely disappointed and frustrated to discover some websites and Facebook pages have downloaded my work, removed my signature and website information, then use the illustrations to promote their sites and pages. Several hours of planning and work go into each one of my pieces, so you can imagine how irritating it is to basically have your hard work stolen and misrepresented by individuals that have no problem violating copyright laws.

It’s disappointing that I have had to resort to this, because everyone else has been so wonderful! I truly appreciate your support and enthusiasm for my work. But then again, I do feel the need to protect what I have spent large amounts of time creating. So, I have tried to make the horrible watermarks as unobtrusive as possible. I hope you all understand why it has to be done and I hope you will all still enjoy the illustrations. 🙂

Now…let’s get on with something more enjoyable, shall we? 🙂

Throughout the Fifty Shades of Grey trilogy, Christian Grey feels he has an emotional need to control and dominate. The playroom plays a large part of it and satisfies a need in him, stemming from the horrors he experienced as a child. While it may sound as if this particular room at Escala fulfills a purely selfish indulgence for Christian, the dynamic seems to change a bit once Anastasia enters his life.

One particular scene that seemed to illustrate this change occurs in the playroom when Christian incorporates the music of Thomas Tallis into a session with Ana. Instead of turning out to be an experience purely for Christian’s enjoyment, instead he is actually quite giving and generous…and it turns out to be a special first for both of them… I chose to attempt to capture the moment when “Spem In Alium” is put on repeat… 😉

Since Ana was inexperienced in the broadest sense of the word, Christian was very sensitive to this fact and made sure that all aspects of the session were made clear to her before it began. While I’m sure it had as much to do with him being careful not to scare her off, it did show quite a bit of patience and care. It’s quite safe to assume that no explanations on Christian’s part were ever necessary with any of the subs he took to the playroom before he met Ana. Nor were they expected. So, it was interesting to see how meticulous he was while setting everything up, explaining what was basically going to occur and making certain that the safe words were in place. His reassurance that there was no risk of pain and that her fear was mostly in her mind was most certainly never needed in his earlier relationships. A great departure from his past, yet done with no hesitation or reservations.

Christian derived much pleasure during this session in the Red Room of Pain with Ana, much as he derived pleasure in the past with others. However, with Ana he made certain that it was a extremely intense, yet extremely enjoyable experience for her. It was no longer just an opportunity to satisfy his own needs, but was a moment to share with a partner.

Later we learn that it was also a first for them both. Of course participating in a session like this on the large 4-poster bed in the playroom was an obvious first for Ana! But Christian admits that he had always wanted to use Tallis as a soundtrack while having sex, but somehow never had in the past. Yet, he only actually accomplishes this with Ana. Perhaps it had been a long-standing desire, and the fact that he finally decided to try it with her is another example of his special feelings for her.

While this all occurred fairly early on in their relationship, we all know there are many more ‘firsts’ to come…