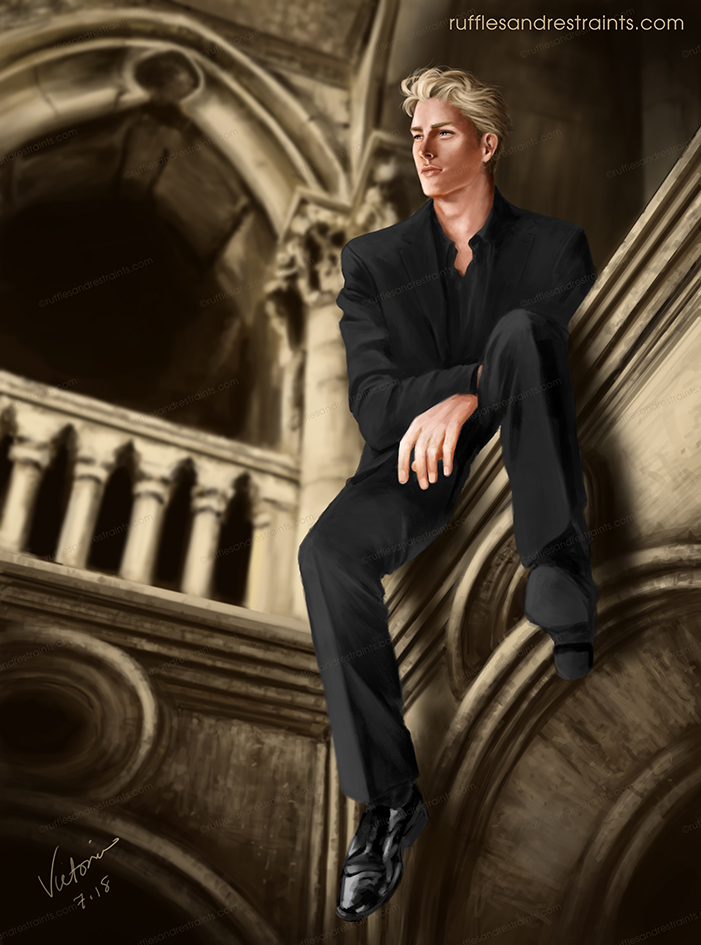 Often I look at random images online for inspiration to practice sketching. I actually keep several folders full of photos I find interesting. Ages ago I happened upon a photo that immediately made me think of Willam from The Florentine Series written by Sylvain Reynard. Nothing about it had anything to do with the books, but part of the pose and the mood it presented, gave me all sorts of ideas for an illo.

The photo that caught my eye showed a man sort of perched on a fire escape or scaffolding on a building. To better suit William, I changed the background and pose a bit. Instead, I thought I’d put William effortlessly seated on a small ledge on one of the domes towering above the city. This would be a very precarious position for mere humans, but not for William. After bounding from rooftop to rooftop, perhaps he would choose a spot such as this to pause and reflect. This would allow him to silently survey the people and events going on below, or give him a moment to ruminate on his relationship with Raven, and what it could mean to his future as the Prince and the future of the city of Florence.

…so sometimes my imagination gets a little out of hand. 😉 But I had a lot of fun painting this piece!