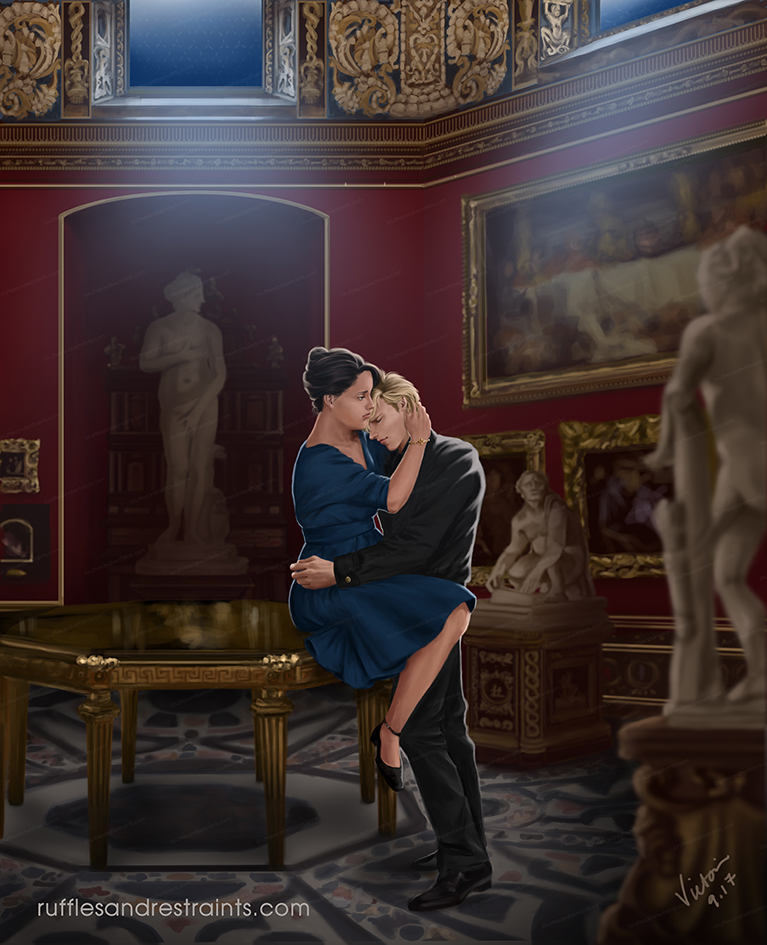 In The Shadow  by Sylvain Raynard, William has a very difficult decision to make. Unfortunately, there is no right answer, and every choice means he and Raven–and even all of Florence–will suffer.

While contemplating his decision, he finds the time to show his support for Raven on a job well done with a restoration of the Birth of Venus at the Uffizi. (albeit stealthily in the Sala Tribuna, located three doors down from the main reception) 😉

The heavy weight of recent events and the decision he would have to make, had effected his usual behavior. Especially toward Raven.

William intended to simply be there for Raven at the Uffizi, and act as if nothing was wrong. But he was doing a horrible job of it, which was not lost on Raven. She had enough of his hot and cold behavior, and decided to get to the bottom of it, then and there.

But when she confronted him about her frustrations with the way he’d been acting, his reaction was not defensive or combative, as one might expect. Quite surprisingly, the powerful Prince of Florence…simply held her close and put his head on her shoulder. A rare show of vulnerability by William, but also the moment he resigned himself to reveal his dilemma to Raven.

I decided to try to capture that quiet moment between the two of them. I found the scene even more interesting once I had researched that particular room in the Uffizi, in order to recreate it for the illo background. In the scene, William leads Raven to a large table in the center of the room. While laying out the illo, I chose an angle of the room so it seemed as though the statues were also part of the scene. The three statues seem to be eavesdropping on the couple. Especially the one couching behind them!

Hmmm…I wonder if Sylvain Reynard was quite aware of the layout of the Sala Tribuna, and specifically chose to place Raven and William in that room on purpose…? 😉

2 Responses to comfort before confession