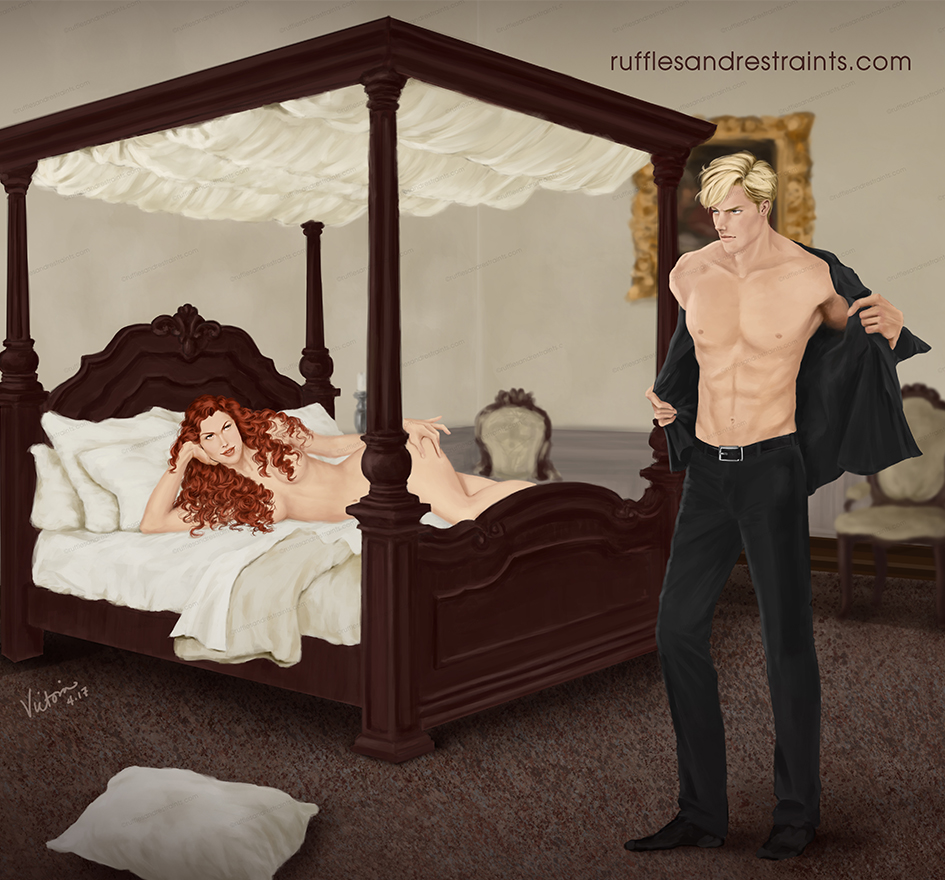 There are several interesting and varied characters in The Raven by Sylvain Reynard, but none seem to have as complicated and ever-changing relationship as William and Aoibhe. No matter the situation, there always seems to be an undercurrent of constant instability. Are they allies on the same side, or is William just keeping his enemies close? Do they have a true connection or are they just convenient liasons? Just when you think you have more of a clue, circumstances change.

The complexity of their relationship was clearly on display when a weary William returns to Palazzo Riccardi aiming for a quiet moment to contemplate and meditate on recent events. But Aoibhe had other ideas in mind. (I must admit that even though I know that ‘Aoibhe’ is pronounced ‘Eva,’ I can’t quite stop hearing it in my head exactly as it’s spelled!)

Ever since I read this portion in the book, I had a clear image of how I pictured the two of them in this particular scene. So I thought I would finally attempt to depict it in an illo!

What made this interaction between them most interesting, is that the body language and facial expressions described during the scene seemed to suggest that Aoibhe believed she was controlling the situation and feeling quite confident. But as the scene progressed, that was clearly not the case…