Passes to attend are getting harder and harder to come by. But even if you aren’t lucky enough to get a pass, there seem to be more and more off-site events each year.

Several attractions were grouped in an area near Petco Park again this year, including this ferris wheel! Not to mention several food trucks! 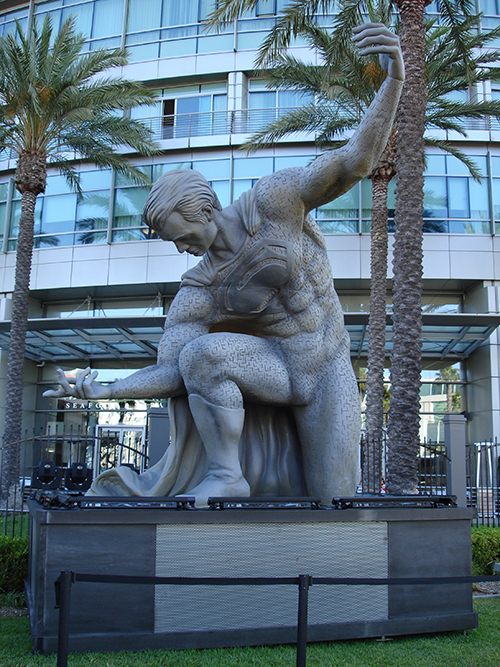 I stumbled upon this huge Superman statue as I strolled to the convention center! 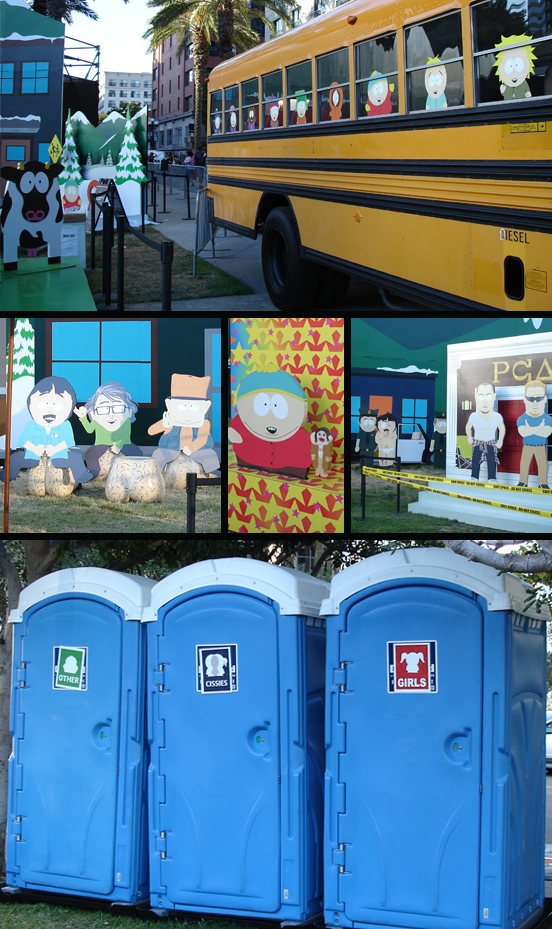 Directly across from the convention center was quite a large South Park area. Several scenes from different episodes were depicted. I chuckled at a few of them (but had to explain them to my friends.) 😉

Of course there are always lots of cosplayers. I didn’t realize until I checked out my photos later, that I really didn’t take many shots of them. It was extremely crowded inside the convention hall, so a bit more difficult to get good shots. I did note to myself that it seemed like Harley Quinn dethroned Slave Leia this year. I saw a lot of her–both the classic comic book version and the version in the upcoming Suicide Squad movie. 😉 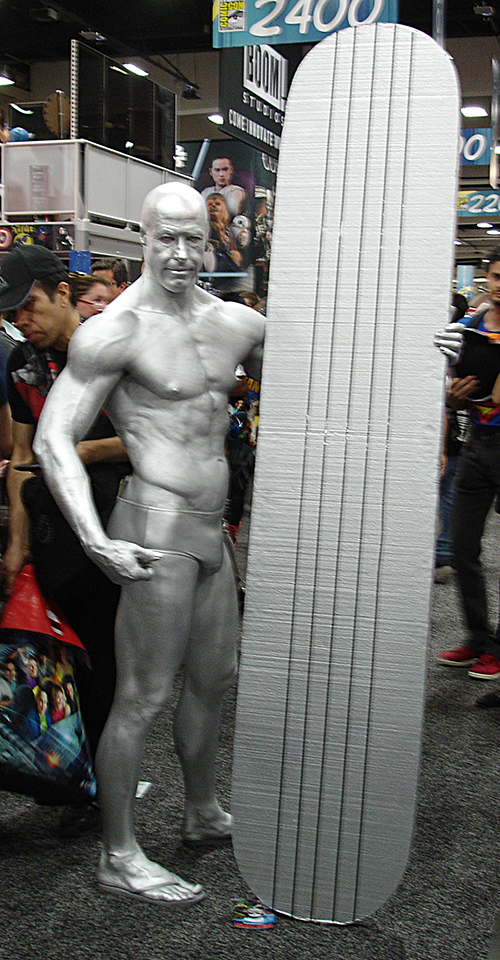 But I did manage to get a photo of the Silver Surfer (if you think about it, there really wasn’t much required for his costume, was there?) 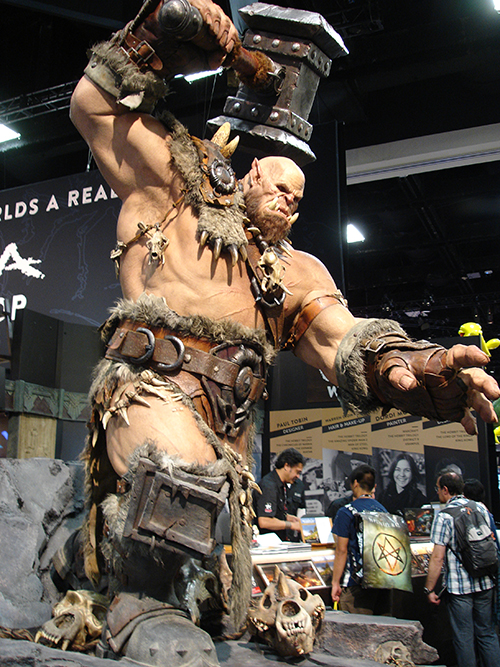 There were massive booths and massive pieces on display… 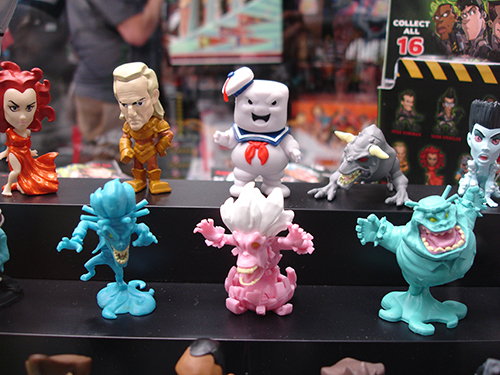 The main reason I enjoy going to SDCC is that I get the chance to see some of my favorite artists in action, and am sometimes lucky enough to chat with them as well. For some reason a few artists I highly respect spoke with me at length and even asked me about my own art! Bobby Chiu is not only a wonderful artist that has done concept work on several movies, but also runs an art school, has a very inspirational YouTube channel and recently won an Emmy for his animated series, “Niko and the Sword of Light.” He’s a wealth of information, and I’ve learned a lot from him.

I mentioned Pascal Campion in my SDCC recap last year. I always stop by his booth to say hello, but this year he gave me a big hug and we had a lovely chat. He’s always willing to ‘talk shop’ and this year he seemed curious about my art, so I let him see my site. *gulp* I warned him that some of the pieces may be a bit racy, but as he began to scroll through the images, he said, “oh, these aren’t that bad!” ;D Then he smiled and said, “I like this one!” and showed me the illo of Christian and Gabriel in ‘all wrapped up!’

Mark Brooks is extremely talented but also extremely kind and often hilarious. This is the first time I’d talked to him. He explained his technique and the challenges he had while working on the new Han Solo comic. He had me flip through his original comic pages and commented on them as I viewed them. What a treat!

I wasn’t familiar with Art Thibert but happened upon his table in Artists’ Alley as he was inking a commission. I ended up chatting with him for quite a while. He has over 30 years experience in the industry and was willing to talk about all sorts of things.

They were all very generous with their time and I tried to soak up as much information as I could! 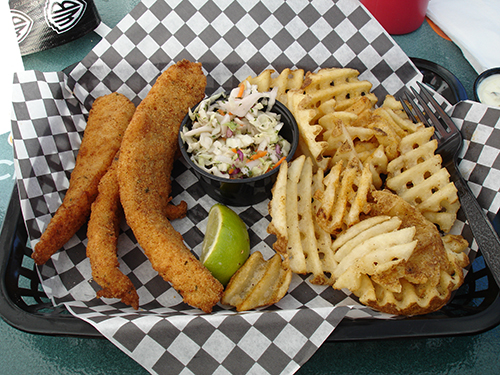 My friends and I always make sure to have the fish and chips at Tin Fish in the Gaslamp. I’ve learned we aren’t the only ones that make this part of their yearly SDCC routine. 😉 Everything is absolutely delicious! It goes without saying that we will always stop there at some point. I highly recommend Tin Fish if you ever find yourself in the area! (unfortunately we missed out on the free frozen yogurt that NBC was offering next to the restaurant!) 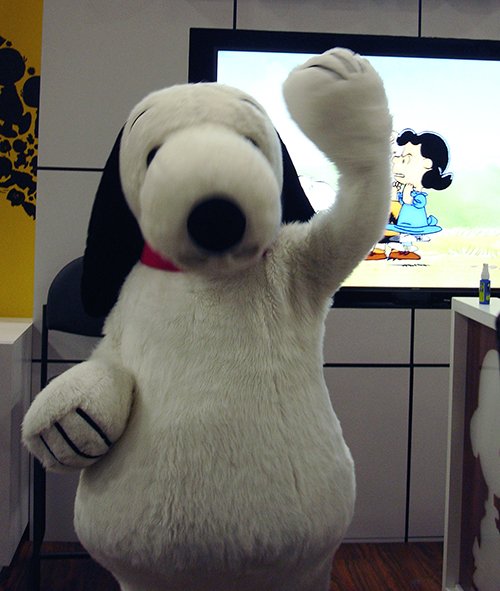 …and of course the Con wouldn’t be complete without a shot of Snoopy! (it looks like he’s shaking his fist at me, but he was really waving hello!)

Already looking forward to next year…