raven in a gilded cage 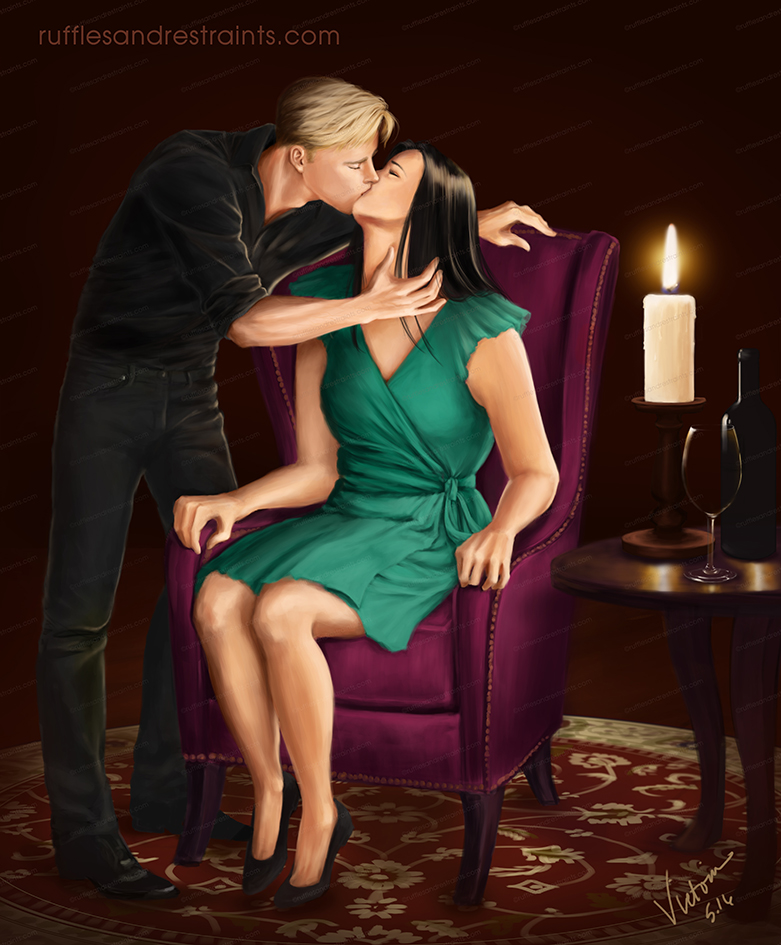 At first glance you would assume this to be a romantic kiss between a couple by candlelight. But looks can be quite deceiving. It is just one instance of many, where things are not always as they appear to be, in The Raven by Sylvain Reynard. I thought I would attempt my first illo of Raven and William in their first meeting together, where one does not have a visual advantage over the other. 😉

Prior to this moment, several things Raven believed to be true were now in question. Her seemingly quiet and simple life had changed drastically due to her own kindhearted choices and her new mysterious acquaintance. This most recent conversation with William had revealed new information that had completely thrown her neatly rationalized thoughts into disarray.

Not that the circumstance surrounding this latest conversation were on mutually agreed upon terms. While previous visits Raven received were surprises, this time she found herself an unwilling guest in William’s villa. But while his unexpected and passion-filled kiss may have helped quell any thoughts that there were chances that he had intentions of bringing her harm, it held small comfort.

For as quickly as the kiss began, and Raven gave in to her growing attraction to the mysterious stranger…it abruptly ended. It was then made very clear, and in no uncertain terms that the evening and their conversation was over, and she should retire for the night. This left Raven more puzzled and bewildered by William than ever before.

But she would soon learn the answers to many of her questions, and embark on a future she would have never imagined possible.

11 Responses to raven in a gilded cage