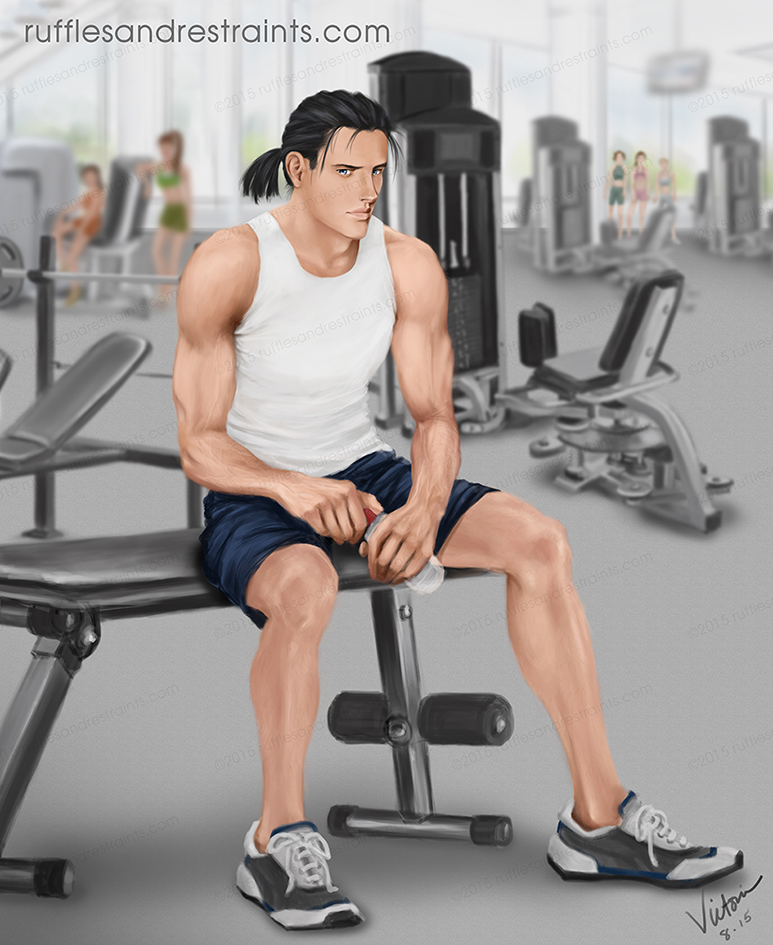 I receive book recommendations quite often, but one series is suggested much more than any other, by far. So, even though I have been slowly making my way through a couple of other series of books, I decided to finally begin reading Bared to You by Sylvia Day.

Although I haven’t yet completed the entire book, I’m already really enjoying it so far. The variety of characters and how they interact is realistic yet never mundane. Out of them all, I have to say that I really enjoy Eva! She’s full of strength and still has a playful sense of humor, even though she’s had to endure and work through a very difficult past.

Of course it’s also fun to see the relationship between Eva and Gideon develop (even with all the bumps in the road along the way).

So, instead of choosing a particular scene from the portion of the book I’ve already completed, I decided to conjure up a simple illo of Gideon post-workout at his namesake gym! That’s not to say I haven’t come across plenty of scenes just itching to be illustrated! 😉