Comic-Con came a bit earlier in July this year, but as usual it did not disappoint! Also as usual, the weather in San Diego was perfect and the crowds were HUGE! But I had lots of fun and saw a lot! (click on any photo to see a bigger version!)

Even before setting foot on the Con floor, there were advertising wraps everywhere you looked:

Spotted a Martian Colonel Sanders outside of the Chuck Jones Gallery…

Since demand for passes always exceeds supply, I noticed that there were a lot more off-site events and things all around the Convention Center. Just like last year there was an area near Petco Park with food trucks, music and of course attractions related to different movies and TV shows.

Lots of promotion for the new Peanuts movie coming up…but sadly I didn’t see my friend Snoopy this year…just lots of lines surrounding the Peanuts booth. But they did have a giant slide outside!

While wandering the floor, my friend recognized Kevin Doyle. He had read about him in a news article. Doyle’s wife had passed away recently, so he decided to embark on a fundraising walk from Petaluma to San Diego in her memory. There’s much more to his story that you can read about here.

We chatted with him for a bit and he was extremely friendly and very sweet. He apologized and said he should stand while he chatted with us, but we convinced him to stay seated–since he had to be exhausted after all that walking. I didn’t realize until later that he had just finished his trek earlier that day! (Apologies for the less than stellar photo quality.)

Of course there are plenty of cosplayers to be seen!

I kept running into Totoro everywhere. But then again, he was pretty hard to miss! 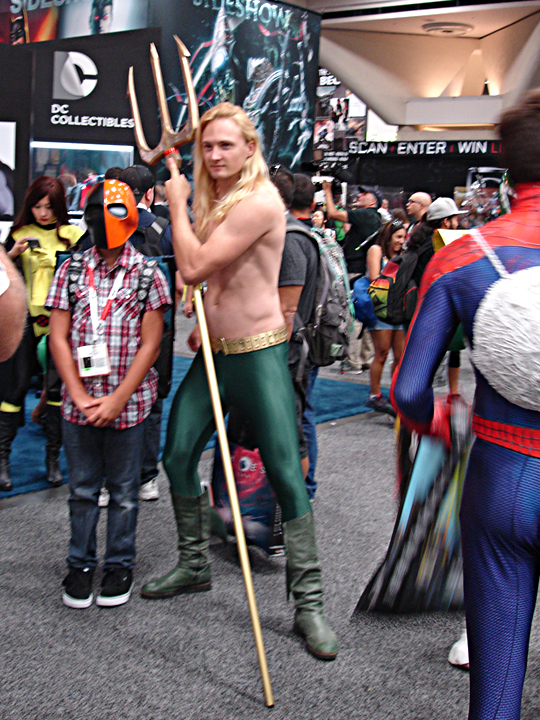 Aquaman seems to have forgotten his orange shirt and decided to grow out his hair!

…heehee…I could not pass up this photo opportunity…

I seemed to ‘get lucky’ and spotted these great Daft Punk cosplayers! 😉 Their headgear looked really incredible!

Oh, just Hawkeye and Catwoman hanging out together, with The Joker making a quick getaway!

This Spock cosplayer was incredible! The resemblance was amazing, and even his voice was on point! 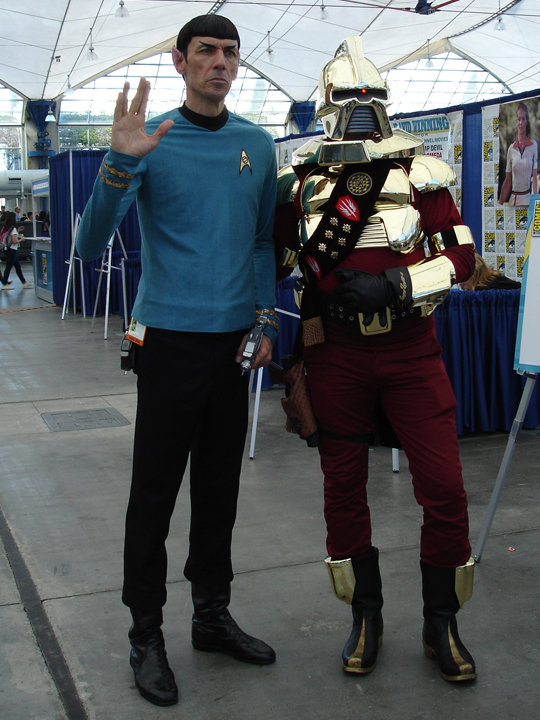 The booths are always a spectacle in themselves! Some are quite large, such as this ABC booth that looked like a backlot soundstage:

Some may have been much smaller, but still fun to visit.

(I thought the name was great!)

I didn’t realize until going through all my photos that it looks like he’s grabbing that poor woman’s head! The man to the left even looks a bit concerned for her! ;D

Ugly Doll always has a great booth. This year they paid tribute to Star Trek!

I spotted these adorable guys from the new We Care Bears animated show, and had to snap some pix…

…and couldn’t pass up taking a parting shot of their cute little rear ends! 😉

Making my way through the endless sea of people, I happened to pass by Elijah Wood doing a signing. Here’s a silly gif of him showing an emotional spectrum:

Elijah feeling your pain…and a happy Elijah! (I couldn’t resist) 😉

The Batman vs Superman: Dawn of Justice costumes were quite impressive. The Batman costume is massive! Wondering if it has a bit of enhancement, or if Ben managed to pack on that much muscle at the gym!

…and here’s a very different version of Batman (and a lot smaller!)

Batman has his Batmobile, so why can’t Spiderman have his own car too?

I’m sure many cosplayers were drooling over these suits of armor!

There was plenty of Star Wars: 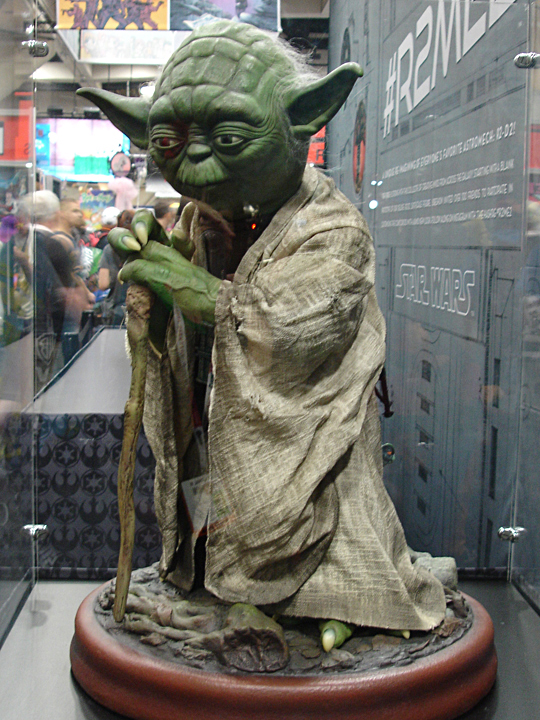 …even where you least expected it…

My friends and I don’t normally attend any panels but this time we did two! One of my friends chose one about setting and achieving creative goals. One of the panelists, Gene Luen Yang, is a teacher by trade but self-published his own comic which went on to receive prestigious awards. He kept at it and was recently chosen to write a new Superman comic! Not only that, but he won another prestigious Eisner Award during the Con this year for his writing!

I chose a panel featuring Ruth Clampett and Linda Jones–the daughters of Bob Clampett and Chuck Jones, respectively. I had recently read some of Ruth Clampett’s writing work (and even did an illo) but was interested in learning more about how she and Linda Jones were involved in keeping their fathers’ legendary animation legacies alive. It was a really interesting panel…and with a bit of encouragement from my friend, I even got up the courage to say hello to Ms. Clampett afterwards! She was extremely sweet and I’m so glad I got to meet her in person! (Unfortunately, I failed to snap any photos!)

Every year SDCC is bigger than life and packed with people from all over the world, and it never disappoints. I always go to get inspired, and had the pleasure of meeting and chatting to a few artists I had never met, which was fantastic! I’m already really looking forward to SDCC 2016!

…oh, and in case you were wondering…
Where’s Waldo? 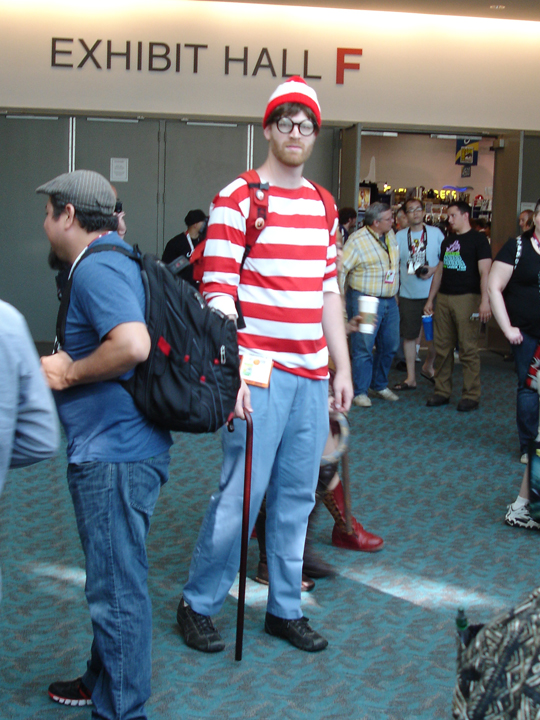