boys and their toys 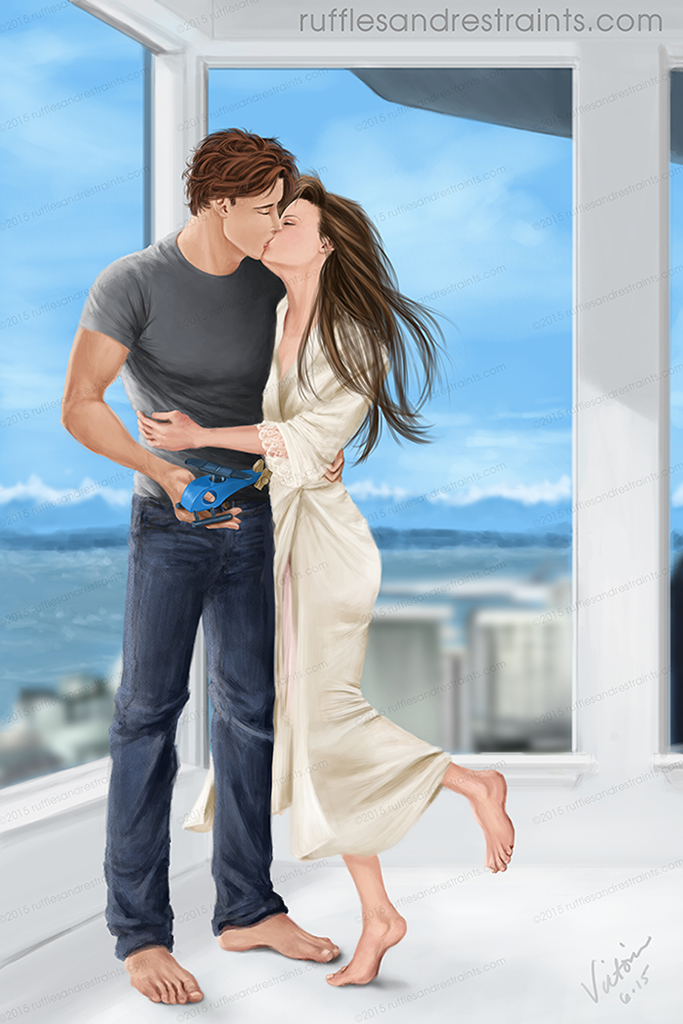 In Fifty Shades Darker, Ana gave Christian several gifts on his birthday. Some were life-changing, some were naughty (and fun!) and some were sweet. I decided to create an illo showing the moment when Christian thanks Ana for the gift that belongs in the latter category. 😉

Most would not think that the solar powered toy helicopter would not be at all appropriate for a man like Christian Grey. But of course, only Ana would know they would be wrong. The seemingly simplistic toy not only represented his very own Charlie Tango, but also incorporated green power–of which Christian had great interest.

Not that she was completely confident giving him the gift. In fact she hesitated just moments before presenting it to him, taking into consideration recent events. Ana just wasn’t certain it was too soon and could upset him. But fortunately she went ahead and gave him the gift anyway, and he could not have been happier. This made her both relieved and excited at the same time. Instead of looking at what could have been, Christian was delighted and intrigued with the toy.

The birthday gift could also be thought to have a somewhat symbolic meaning as well. The last time Ana had given Christian a gift that represented one of the expensive toys he enjoyed, it was the model kit for a glider like the one they had flown in Georgia when they ‘chased the dawn.’ But he received that during a time that they would probably both like to forget ever happened. It marked a time when it felt as if an end was inevitable.

But this time, the gift of the toy helicopter came at a time of new beginnings. Not only due to their recent engagement, but also after Christian’s close call. It was a sort of symbol of optimism for the future and marked a new start for the both of them and a life together.

15 Responses to boys and their toys